May Skies
A brief overview of what to see in the sky with the unaided eye:

Stars and Constellations
●    Some prominent constellations visible in the evening sky are Bootes, Corona Borealis and  Hercules
●    Follow the ‘handle’ stars of the Big Dipper star group southward to the star Arcturus in Bootes. Arcturus and Bootes continue to be prominent most of the night
●    Arcturus is a bright (first magnitude) orange star nearly overhead during spring evenings
●    Corona Borealis is a distinct (in dark skies) “C” shaped group of stars east of (or below) Bootes
●    Hercules is also a reasonably distinct constellation surrounding a “keystone” shaped group of stars east of Corona Borealis
●    The bright constellation Leo is high in the western sky during spring evenings

Noteworthy Sky Events
●    May 6: peak of eta Aquarids meteor shower
●    May 21-22: Venus and Mercury in conjunction and very close together both evenings

May Star Map (courtesy of www.heavens-above.com) 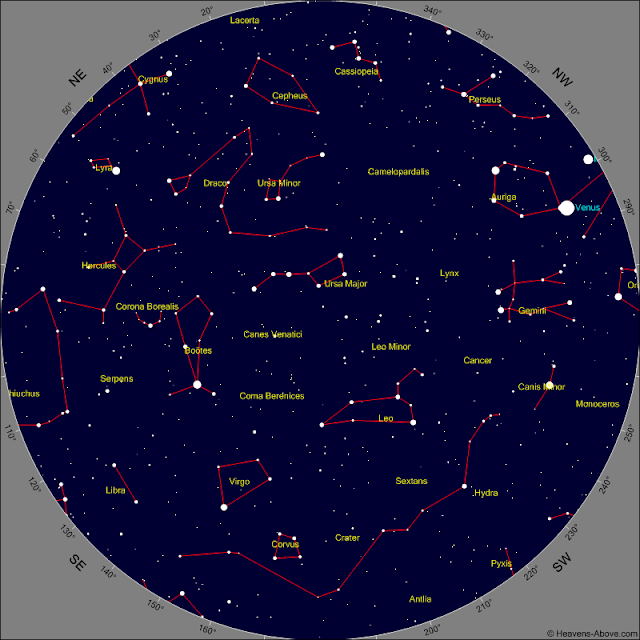